The Story of Cognizance Coffee and Cacao. 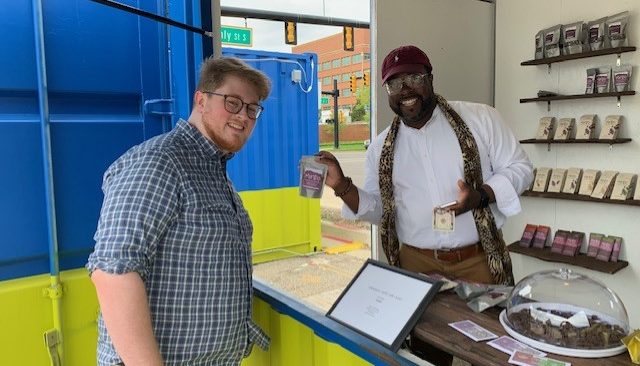 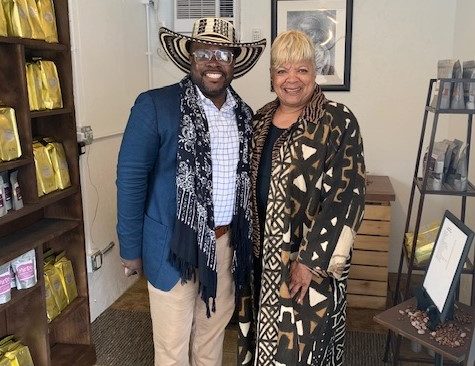 Being a missionary for the Church of God in Christ to the country of Columbia, L.E. Johnson II, has a passion for supporting academic opportunities for students wanting more but unable to afford them.  In February 2019 while on a trip to Columbia, he was at a table brainstorming ways money could be raised to support scholarships to assist those students.  One of Johnson’s partners mentioned coffee sales and he remembers their minds just clicked together.  “We can sell coffee to raise money for those scholarships!” he declared.  During that time Johnson remembers thinking back to when he was teaching a course on social entrepreneurship and in his mind, at that time, he was going to launch a premier social venture that could serve and sustain their outreach.

They are working hard on that venture through coffee, cacao, and chocolate products sales as Cognizance Coffee and Cacao.

In March of 2019 the first shipment of pure Columbian coffee arrive and the following week they tested out the market at a conference in Muskegon, MI.  They sold 110 pounds in the first 4 days.  The feeling was exhilarating knowing that the community wanted to support their efforts and that support solidified their next steps for moving forward at BC Cargo.

By having the opportunity to launch at BC Cargo, Johnson was convinced that the obstacles of a startup were circumvented.  “Both Valerie and John have been extremely liberal in advising during our launch” Johnson stated, “The wealth of wisdom and this opportunity provided a great advantage to our team.

Although taking it slow, BC Cargo is accelerating the venture for Cognizance Coffee and Cacao. Being able to start slow while being incubated in BC Cargo has allowed for Johnson and his team to lay a strong foundation without the typical stress of launching a business.  They feel it is important because more energy can be used to focus on creating a competitive advance that will make their business more successful long-term.

L.E. has great expectations for Cognizance Coffee and Cacao at BC Cargo this summer.  He feels that once the community knows about their mission and experiences the product, they will support them by becoming long lasting customers.  Launching a brick and mortar store in the fall of 2019 is on the horizon.  Our pure Columbian and Ecuadorian coffee, cacao and chocolate products are sure to be number one in the region.

“Chase the vision, not the money; the money will end up following you.”

The Cognizance Coffee and Cacao Talent